What Exactly Do General Contractors Do?

In commercial construction, it should be any contractor’s aim to partner with business owners to create a strong partnership that gets the job done on time, within budget, and pain free. General contractors do it all, and at ASI Contractors we take advantage of our decades of experience to meet the needs of local business owners with excellence. We hire and recruit individuals for subcontracting who are experts in their field, and whose integrity is proven. In this blog, we’ll discuss what a general contractor does and how to find the right one for you and your construction project.

What is a contractor?

The first job of a general contractor is to place estimates or proposals on a given project that match his or her qualifications or capabilities. Then they are responsible for coming up with estimates for the cost of materials, labor costs, and factoring in the added cost of working with subcontractors. This is all done before a proposal is submitted to the client.

When it comes to subcontracting, the contractor needs to think about jobs such as plumbing, electrical, and other specialty crafts that may fall outside the realm of a general contractor. After the designated jobs are subcontracted, the general contractor assumes an oversight role.They will then guide the performance of their team, making sure all of the benchmarks of time and budget are met. 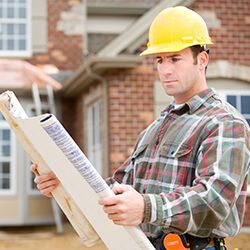 How do I find the right one for me?

The best way to find a reliable contractor is to ask them about their experience. Have they completed projects similar to yours before, and how did it go? Don’t be afraid to ask for client referrals and take time to call those clients. A quality contractor has a wealth of experience to backup their ideas and thoughts on your project. The commercial construction industry is a relationship business. It thrives on effective communication and trust. The stronger the partnership between client and general contractor, the better the result. Before you choose a general contractor, be sure you are given a detailed, written estimate for your project.

At ASI Contractors, we promise unmatched knowledge of the industry and expertise that few possess. We strive for excellent service and workmanship with each project. Schedule your free project estimate today.